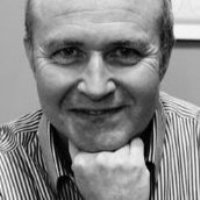 Russell-Olivia Brooklands, has been a professional communicator for 35 years. Starting out as a local radio broadcaster, he then became a copywriter for Zurich Insurance, where he eventually rose to Corporate Brand Manager.

Latterly he would be one of the founding Directors of The Institute of Internal Communication.

The Communication Game is the new incarnation of a training and consultancy business he first established in 1996. Over the years he has taught his ground-breaking training programmes across the world, in SMEs, large corporates and government bodies. Some of his better known clients have included:

But he is never content to rest on his laurels. He has an unquenchable fascination with:

And he’s constantly seeking better ways of understanding and explaining how they affect people’s ability to communicate effectively with others inside the organisations for which they work. For example:

The list of questions is as endless as it is fascinating. And over more than two decades he’s been: